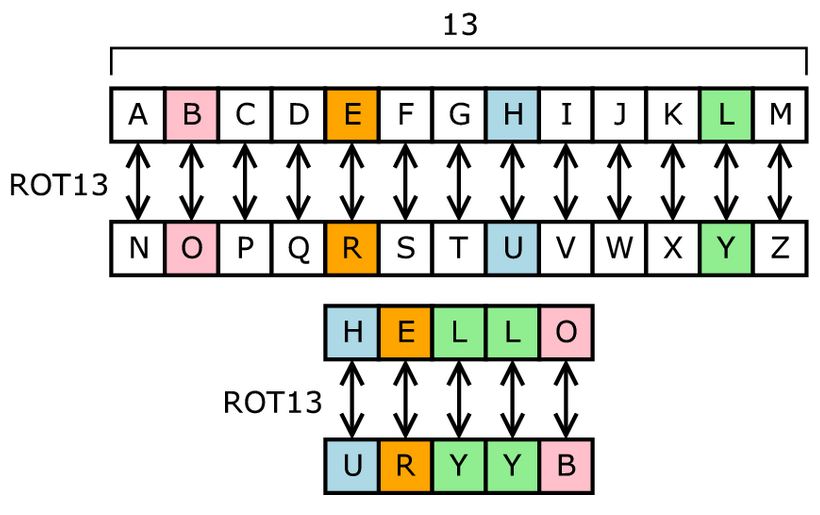 In this Free Code Camp Bonfire we will be doing some deciphering! One of the simplest and most widely known ciphers is a Caesar's cipher, also known as a shift cipher.

So, in the beginning we are given some gibberish that looks like this:

In my head, this problem makes sense: all you need to do is subtract each letter by 13 places. For example "S" - 13 = "F". But then how do we translate my simple English explanation into JavaScript? Let's take a look:

Rot 13 code The action of a Caesar cipher, also known as ROT 13,  is to replace each letter with a different one a fixed number of places down the alphabet.

To the pro's out there this way probably seems a bit verbose, however I am learning and am seriously just happy to get a correct answer. I'm sure a year from now I will have a much greater understanding of JS and web development!

To create an alphabet, simply create a new Array with each letter:

Step 2: Decode the Array with a for loop

If there is one thing I have learnt to do well thus far in my course, it's a for loop. They are so handy! In this instance, the for loop is created to work through the abc Array and create our new "decoded" ABC. Our new language will take every letter and add 13 places.

As you can see, I create a new Array and used the .indexOf() method to search and modify every letter in the string. Eventually we will push arr into the newArr.

Step 3: Only check for letters!

The question hints that "all letters will be uppercase. Do not transform any non-alphabetic character (i.e. spaces, punctuation), but do pass them on". A simple if statement can sort that out!

By using the indexOf == -1 we are basically saying if there is "no match found", do something. In our case if there are no fancy numbers, spaces or characters etc, we still want to push through the str. But if there are (there will be spaces!) we want to return the new "decoded Array" with our new formula to transform the letters.

I'll only send emails when new content is posted. No spam.